In this short article I will add the ability for a user to create a new game.  The main feature that will be demonstrated is writing to the Firebase real-time database.

I added a button on the dashboard to allow a user to initiate a new game.  In a later effort I will make the UI look better, but for now I am focusing on the functionality.  The New Game button is bound to the newGame() method added to the dashboard component.  I created a new service for game management, and added it as a dependency to the dashboard.

The method above first checks to see if the user is currently in a game.  It will only create a new game if they are not.  Later this may be changed to include deleting a current game.

I am using the npm shortid package to generate an identifier for each new game.  I also added a new field to the UI to display the unique ID.  In the future, a player can share the game ID with a friend as a method for setting up multi-player.  The interpolation in the dashboard template for the Game ID was not consistently working.  I applied one of the methods found here and here.  I will need to try and figure out why the (click) event on New Game is not triggering a change detection.

Selecting the “New Game” button puts a new entry in the Firebase Real-Time database, and updates the dashboard with the Game ID. 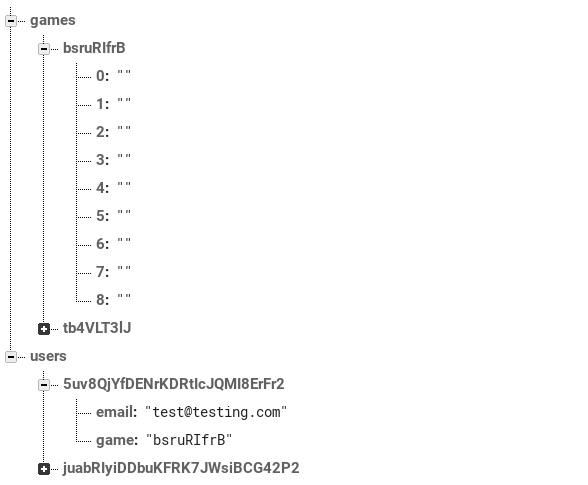 The code snippets are not complete, but the full source code up to this point can be found on GitHub.  Keep in mind that as I learn, how the data and code is structured could drastically change.

Here is an article on when Angular decides to update the view.